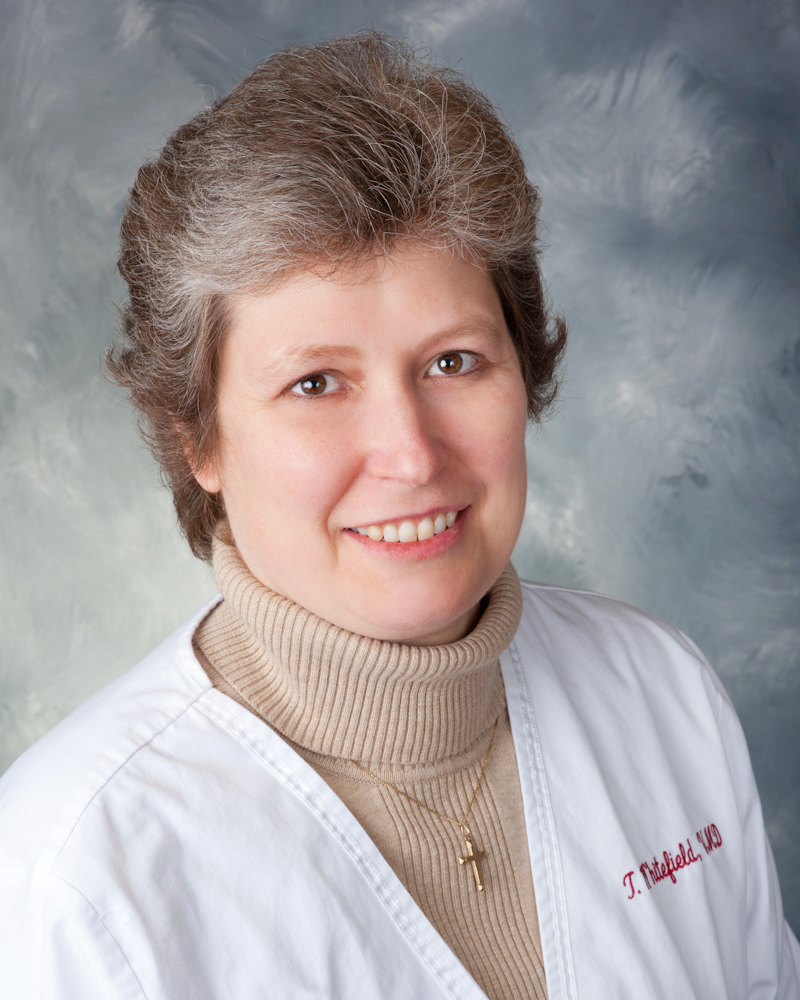 Veterinarian and hospital owner Dr. Twila A. Whitefield received her B.S. in Biology from Ursinus College in 1984 and her Doctorate in Veterinary Medicine from the University of Pennsylvania in 1987. She said she was inspired to become a veterinarian by “multiple family members”, including her mother, a nurse, and her father, who loved nature and wildlife. She said her grandmother was “very progressive for her time because she owned and ran her own flower shop.” During high school, she volunteered at a large animal veterinary hospital in Pennsylvania and a small animal clinic in New Jersey. During college, Dr. Whitefield lived above a veterinary hospital and answered the phone after hours.

Following her veterinary studies, she was awarded an internship in medicine and surgery at the Animal Hospital of Pittsford in Rochester.

Dr. Whitefield was married to John W. Whitefield, DVM, the original owner of Hudson Highlands Veterinary Medical Group. She is committed to honoring his legacy of compassion, integrity, and dedication.

Chief of Surgery at Hudson Highlands Veterinary Specialty Group, Dr. Paul McNamara, is one of this region’s only full-time, board-certified surgery specialist, having been named a Diplomate into the American College of Veterinary Surgeons in 1999.

Dr. McNamara attended Cornell University and received his B.S. in Animal Science in 1990. Following his undergraduate studies, he remained at Cornell where he completed his veterinary studies. He was awarded his Doctorate of Veterinary Medicine in 1993 and selected for an internship in medicine and surgery at Cornell. Dr. McNamara completed his surgical residency in 1997 and remained at Cornell as an instructor in surgery until 1998.

Dr. McNamara travels the country training police officers in basic first aid for their canine partners. He established ODIN’S Fund, a non-profit organization providing first aid training and equipment for police dog organizations. As a result of this work, Dr. McNamara has received many local, state, and regional awards from canine organizations and teams. He has lectured extensively at many dog clubs, to canine law enforcement handlers and at local, national, and international veterinary conferences and scientific meetings. He also serves as the tactical veterinarian and Special Deputy for the Dutchess County Sheriff’s Department. 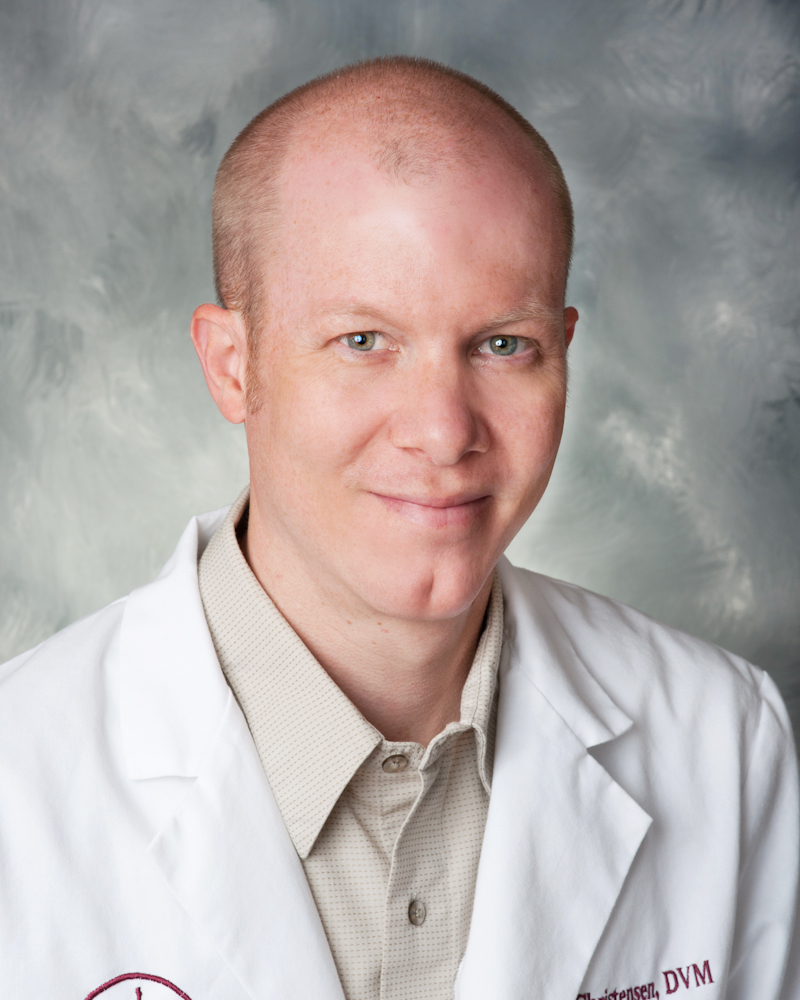 Dr. Mark Christensen is a general practitioner who has been with us since 2009. He grew up in LaGrangeville, NY, and said he “would spend hours studying and observing wildlife. I also spent the holidays enjoying time at my grandfather’s dairy farm. I loved all animals but gravitated to farmyard beagles and barn cats.”

Before he was a veterinarian, Dr. Christensen worked as a licensed technician and he realized he wanted to “interpret x-rays instead of just obtaining them.”

He loves being a veterinarian because “I’m guaranteed to interact with animals every day,” Dr. Christensen said.

Dr. Christensen has four dogs, Tucker, Reese, Olive and Miagi, and two cats, Grout and Putty. He also keeps freshwater and saltwater aquariums. He’s been an avid rock climber since 1994. 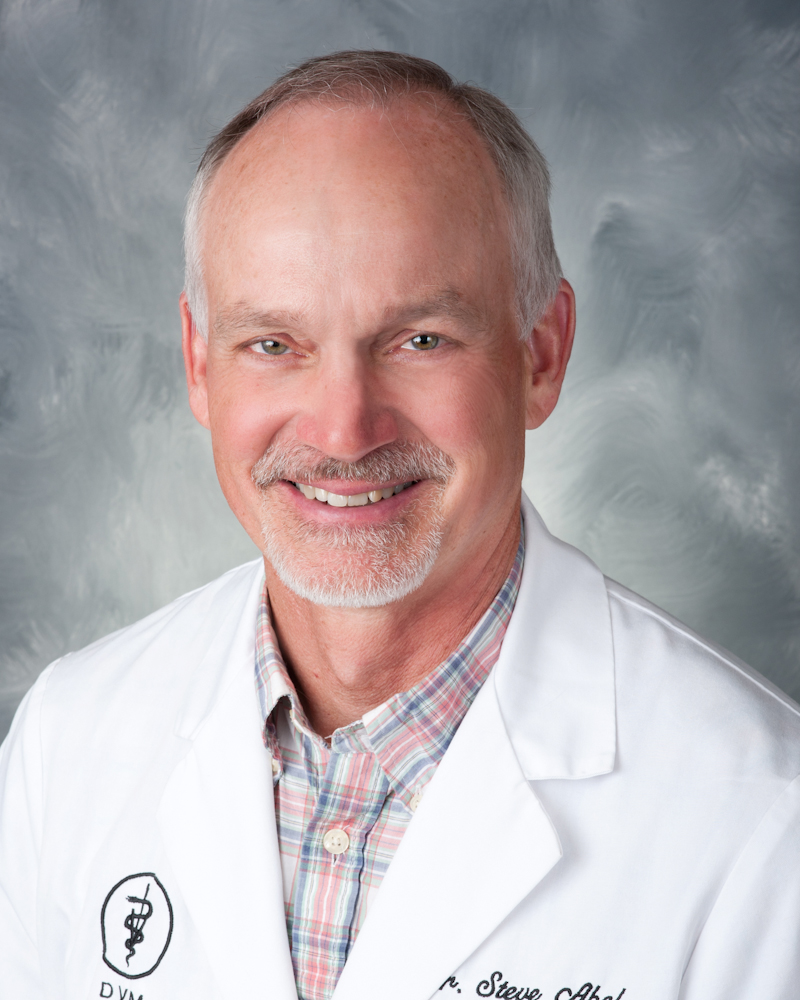 Dr. Stephen Abel joined us at Hudson Highlands Veterinary Medical Group in March of 2009 as a veterinarian and acupuncturist.

Dr. Abel grew up in Verbank, New York, and attended Millbrook Central Schools. His family has resided in Dutchess County for more than 200 years and his current home has been in his family since 1850. Dr. Abel was an American Field Service exchange student in Italy in 1971 and 1972.

He has been a certified acupuncturist since 1986 and is a member of the American Veterinary Medical Association and the New York State Veterinary Medical Society. Dr. Abel’s veterinary interests include surgery and dermatology. He especially enjoys his interaction with patients and their owners and the “challenges and rewards of diagnosing and treating animals with health problems,” Dr. Abel said. 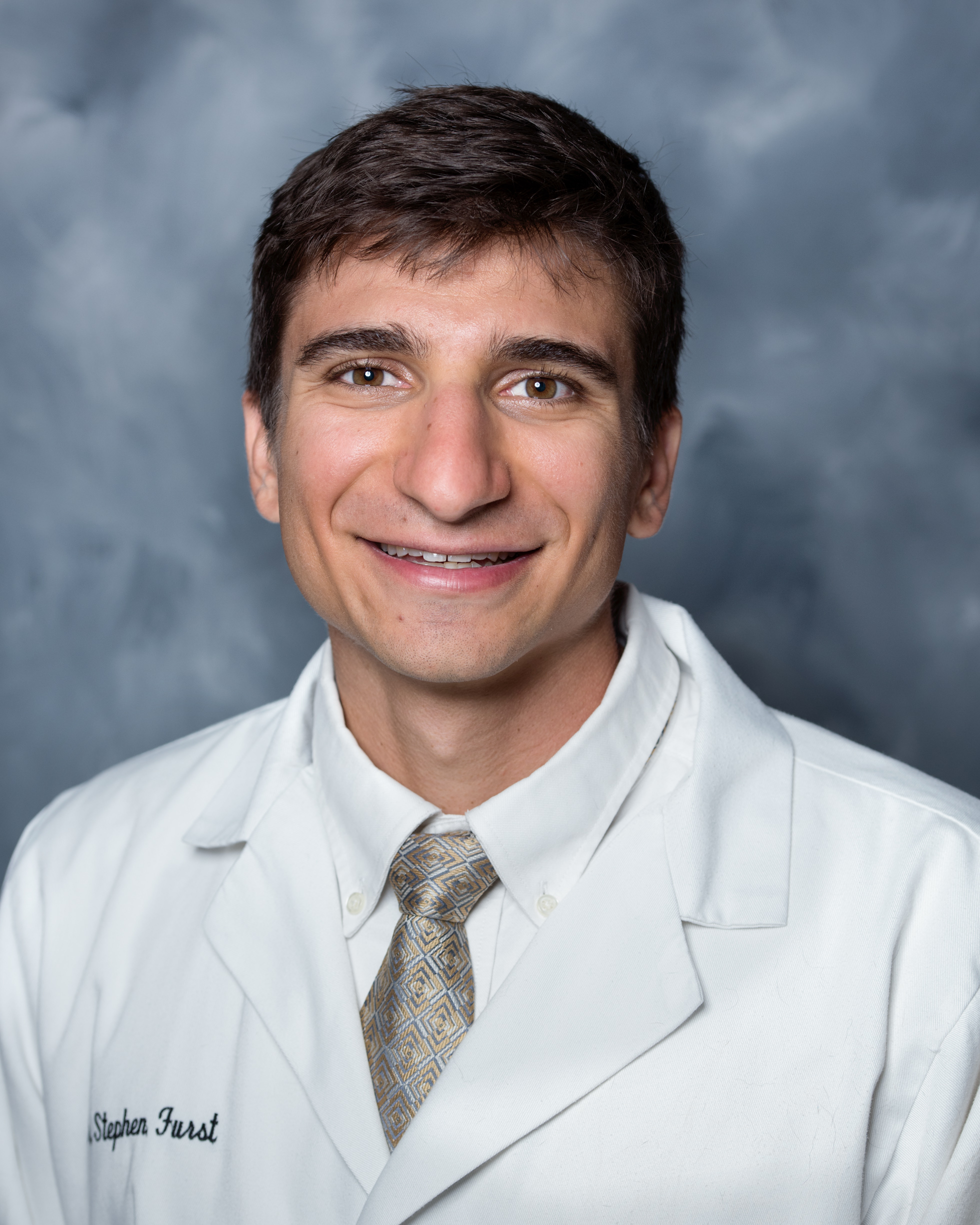 Dr. Stephen Furst joined the team at Hudson Highlands Veterinary Medical Group as a General Practitioner in September of 2015; however, he’s been an animal lover since the earliest days of his childhood.

As a young boy in Ardsley, New York, Dr. Furst frequently accompanied his mother on trips to the Greenburgh Nature Center. The center is the source of Dr. Furst’s first memories of animals, and when he was old enough, he became a volunteer there. He remembers many other formative experiences, including camps and sleepovers held at the Bronx Zoo, that continued to encourage his passion for animals. By the time he began college, Dr. Furst knew the career path he wanted to pursue.

“I developed a love of animals from numerous childhood experiences, and then was motivated to become a veterinarian after working at Village Animal Clinic in Ardsley throughout college,” Dr. Furst says. “The doctors there truly inspired me.”

Dr. Furst attended Marist College as an undergraduate, completing his Bachelor’s of Science in Biomedical Science, and went on to earn his doctorate of veterinary medicine at Cornell University College of Veterinary Medicine, graduating in 2012. His special interests include dentistry, soft tissue surgery, exotic animal medicine, and preventative medicine. He is a member of the American Veterinary Medical Association and the American Animal Hospital Association.

“The thing I enjoy most about being a veterinarian is advocating for animals and developing relationships with owners and helping teach them how to best care for their pets,” Dr. Furst says. 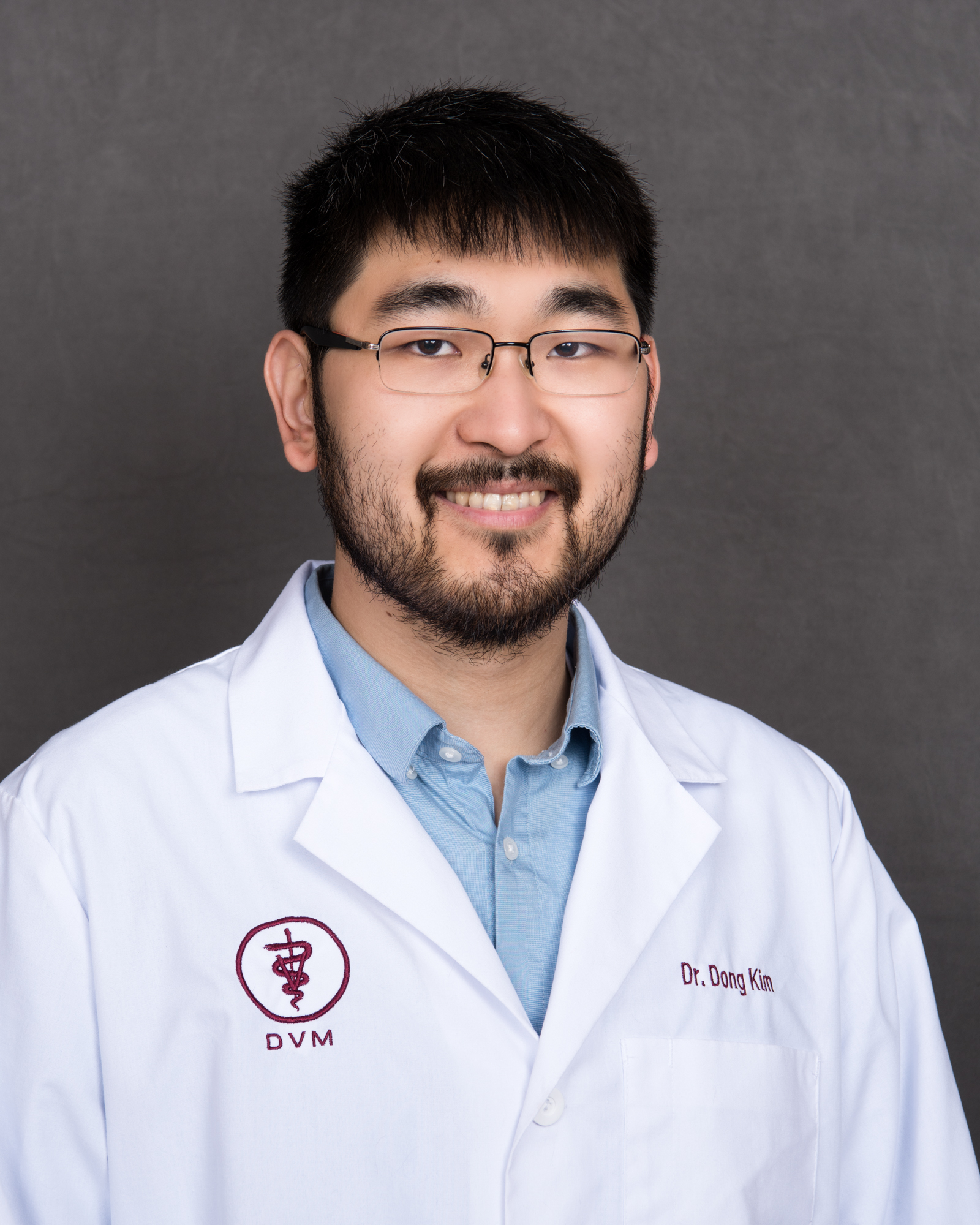 Dr. Dong Kim grew up in Queens, NY. He graduated from Cornell University in 2011 with a degree in Animal Science. He then continued his studies at the Cornell University College of Veterinary Medicine, graduating in 2017. The premise of “One Health” or the integration of human and animal health, motivated Dr. Kim to pursue a career in the veterinary field. He takes pride in being an advocate for both the health of his patients and their owners, through the education and prevention of zoonotic disease. Dr. Kim enjoys the diversity of his days and making clients and their pets happy.

When he isn’t working, Dr. Kim enjoys cooking, hiking, yoga, and video games. He has two cats of his own, Dexter and Dave. Dr. Kim is a proud member of the American Veterinary Medical Association. 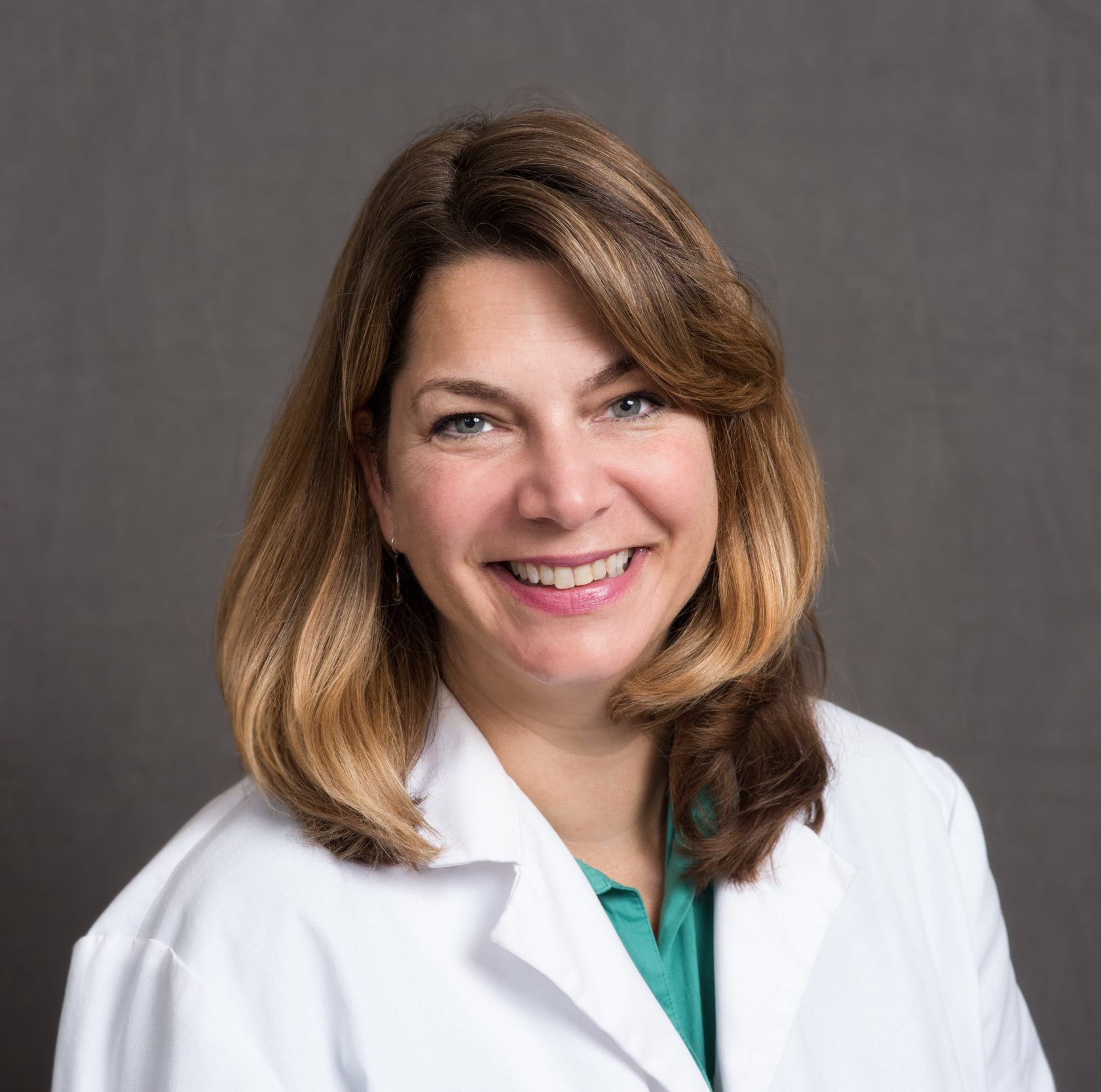 Dr. Kathy Ball grew up in Phoenix, Arizona, and as a child, she always aspired to become a veterinarian one day. One instance in her early years that propelled her towards a career in veterinary care was seeing the impact that veterinary medicine had on her household dog, Ingrid. Ingrid became very ill and had to be hospitalized in 2001, but after making a full recovery Dr. Ball knew she was set on achieving her doctorate in veterinary medicine.

Before attending veterinary school, Dr. Ball attended the University of Oklahoma for Environmental Design. Afterwards, she worked as a landscape designer for 5 years in Oklahoma City and New York City. She then went on to obtain her doctorate from Tufts School of Veterinary Medicine in 2007. Dr. Ball has been recognized by the Phi Zeta Honor Society of Veterinary Medicine and exhibits habitual excellence here at Hudson Highlands.

While pursuing higher education, Dr. Ball also worked at Hunter College in NYC providing husbandry for rats and doves, as well as volunteering for Central Park Zoo and a local veterinarian’s office.

Dr. Ball has also worked with Commonwealth Cats in MA, a non-profit that is dedicated to the vaccination and sterilization of feral cats. Some of her professional interests include dentistry and surgery, as well as providing some of the best patient care imaginable. Dr. Ball belongs to the American Veterinary Association, the New York State Veterinary Medical Society, and the Westchester Rockland Veterinary Medical Association.

She is married to the love of her life, Dr. Jonathan Ball, who she met in their third year of veterinary school. Both share a passion for veterinary care and medicine, as Johnathan is an emergency veterinarian. They have a son named Owen, who loves to play with Legos, play soccer, and go hiking or bike-riding. The Balls share their home with two Labrador Retrievers, named Saxon and Kurt, as well as a tabby cat named Oscar. In her spare time, Dr. Ball enjoys gardening, hiking, bike-riding, kayaking, and spending time with her loving family and friends. 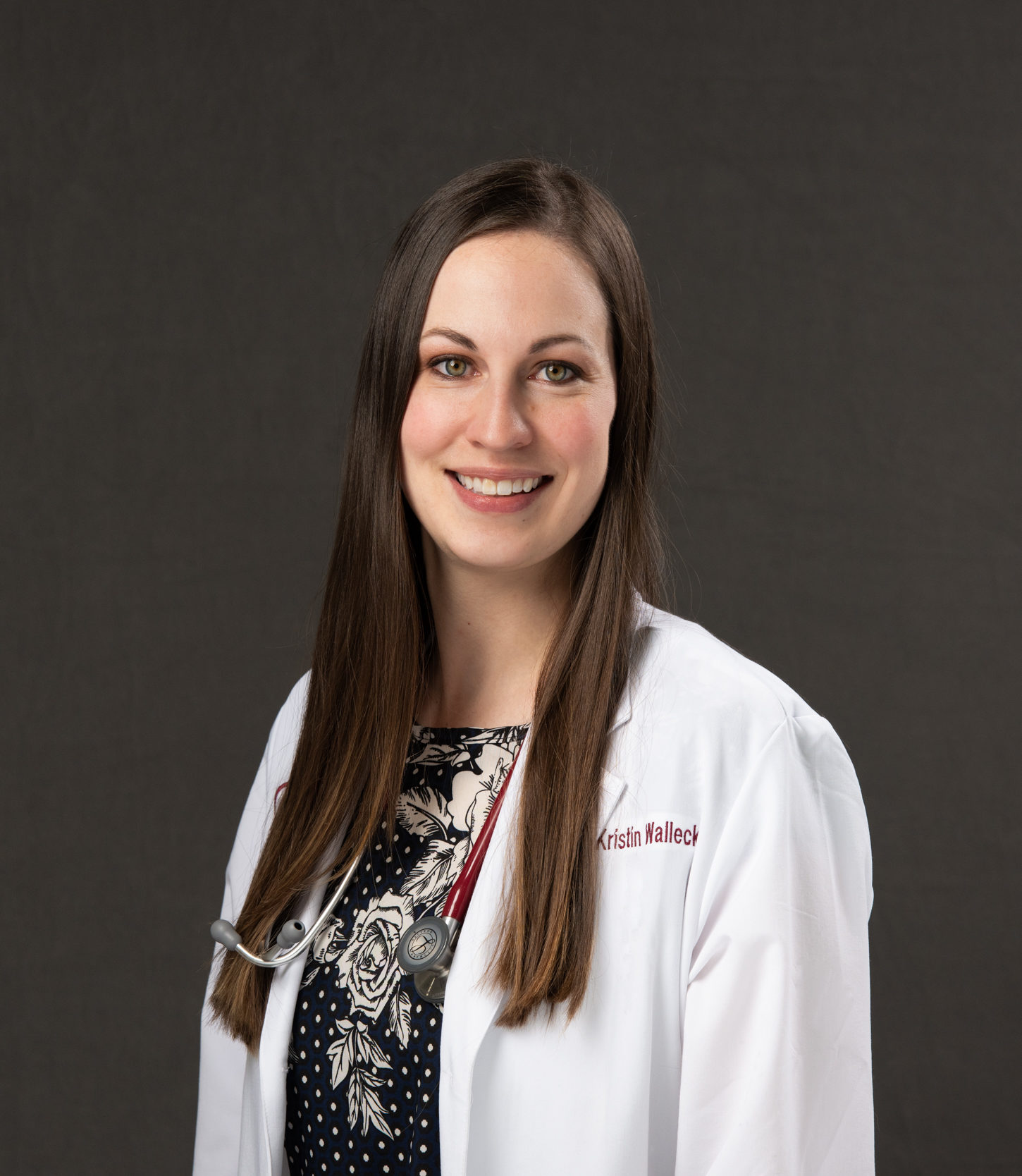